In addition, the Minister mentioned that Malaysia is focused on ensuring that we achieve our goals towards the enhancement of societal well-being through science and technology cooperation and STI awareness in particular, with ASEAN Member States. This success signifies our investment in R&D has now yielded positive outcomes.

“I hope that this award will help inspire other Malaysian scientists and researchers to reach their fullest potential in their pursuit of scientific and technological excellence,” said Datuk Dr. Ewon.

Since both the awards were won by our scientists, Datuk Dr. Ewon was given the honour to present the awards to the recipients in conjunction with the 8th Informal ASEAN Ministerial Meeting on Science and Technology.

The ASEAN Science and Technology Awards aims to encourage and promote excellence amongst ASEAN scientists and technologists as well as to strengthen STI cooperation amongst Member States.

Prof. Tan Sri Zakri Abdul Hamid, Science Advisor to the Prime Minister was a country nominee and recipient of the ASEAN Meritorious Service Award to be given to one member states recipient. 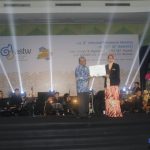 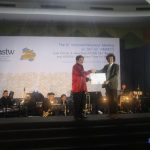