Courtesy Call by the EU Ambassador 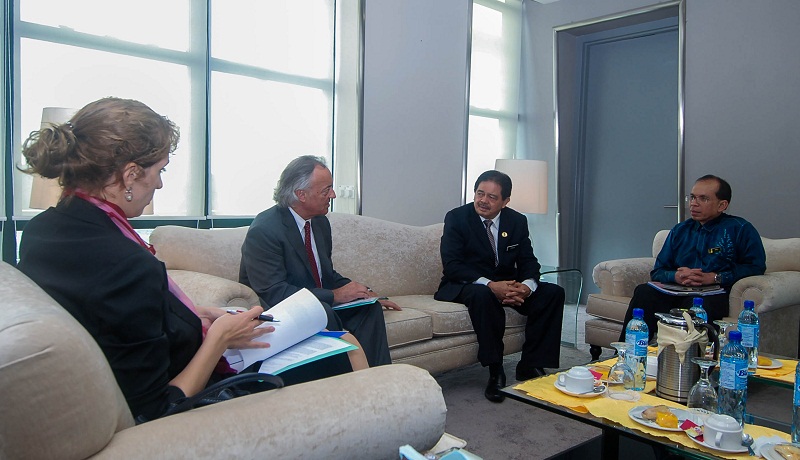 During their 30-minutes discussion, they discussed on the EU offer of technical assistance in nuclear safety and agreed to finalise the agreement for Malaysia–EU cooperation on nuclear safety by the end of this year.

Ambassador Vandebon also briefed the Minister on the Horizon 2020, the new multi- year EU funding instrument for research and innovation replacing the Seventh Framework Programme (FP7) that will end in 2013.

In response, YB Datuk Dr. Ewon remarked that Malaysian scientists and researchers have been actively involved with their European counterparts in 29 projects funded under the FP7 financing instrument especially in the areas of food, health, agriculture, fisheries, biotechnology, ICT and nanotechnology and will continue to do so under Horizon 2020.  YB Datuk Dr. Ewon also suggested that a workshop on the new Horizon 2020 be held in Malaysia by the end of the year to reach out to Malaysian researchers and scientists on the mechanisms of the new funding instrument.