Kuala Lumpur, 14 January 2017 – Malaysia Bioeconomy Development Corporation (Bioeconomy Corporation, formerly known as BiotechCorp) launched the Biotechnology Commercialisation Fund (BCF) to assist bio-based companies in expanding their business growth. Launched under the 11th Malaysia Plan, the RM100 million fund is provided in the form of soft loans to address the financing needs of SMEs and matured companies in the bio-based industry.

Minister of Science, Technology and Innovation (MOSTI), Datuk Seri Panglima Madius Tangau said that the BCF demonstrates the Government’s continual focus and commitment in developing the bio-based companies. He added that BCF’s low interest rate and extended grace period for repayment will facilitate the servicing of loans by applicants.

“The Government has taken into consideration that bio-based companies require longer gestation period in its businesses. As such, the BCF shall be offered at an attractive rate of up to 5% interest, and up to 18 months grace period on repayment to ease the burden of repayment by companies. It is expected that 30-50 companies will receive this soft loan assistance by the end of 2020,” he said during the launch at Bank Negara Malaysia’s Karnival Kewangan at Putra World Trade Centre today. He added that the priority of the BCF will be given to BioNexus Status companies as well as other bio-based companies involved in the Bioeconomy Transformation Programme (BTP) and Bioeconomy Community Development Programme (BCDP)

Chairman of Bioeconomy Corporation, Professor Tan Sri Zakri Abdul Hamid said that the BCF is offered via 2 schemes to accommodate the diverse needs of the bio-based companies. “The Business Sustenance Scheme is for working capital of up to RM600,000 per application, while the Bioeconomy Development Scheme is for growth and expansion of up to RM3 million per application. These schemes can contribute to the long-term sustainability of businesses owned by-bio based companies, which is the key to establishing a successful and competitive bioeconomy in Malaysia,” he said.

The BCF is managed by Bioeconomy Corporation’s strategic partner, Malaysia Industrial Development Finance Berhad (MIDF), and serves as a continuation of funding assistance by the Government and Bioeconomy Corporation to further develop the bio-based industry since 2005. Prior to the BCF, the Biotechnology Commercialisation Grant (BCG) was first introduced under the Ninth Malaysia Plan, followed by the Biotechnology Commercialisation Fund (BCF) and Bioeconomy Transformation Programme (BTP) Fund under the Tenth Malaysia Plan. The first BCF provided growth-stage BioNexus Status companies with a hybrid schemes of grant and soft loan. By end of 2015, a totals um of RM65.7 million under the first BCF was approved for 23 BioNexus Status Companies, who recorded RM323.15 million of approved investment in 2010, with RM217.6 million of investment realised in 2015. BioNexus Status companies also recorded an average annual growth rate of 15% in term of revenue generation from 2008 (RM382.8 million_ to the first two quarters of 2016 (RM822.7 million). 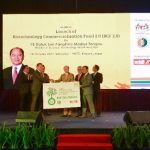 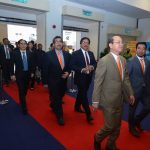 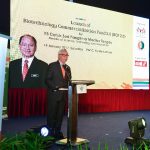 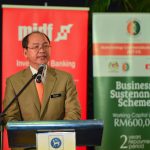 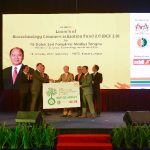 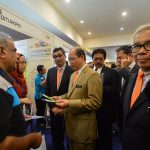 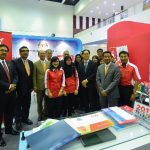