KUALA LUMPUR , 23 AUGUST 2016 – The 2016 Tinker-Muse Prize for Science and Policy in Antarctica has been awarded to Professor Robert DeConto from University of Massachusetts-Amherst. This recognition comes for his outstanding work on past and future Antarctic climate and for research integrating geological data with modelling to reveal likely consequences for future sea level rise from ice sheet melt.

The “Tinker-Muse Prize for Science and Policy in Antarctica” is a US$ 100,000 unrestricted award presented to an individual in the fields of Antarctic science and/or policy who has demonstrated potential for sustained and significant contributions that will enhance the understanding and/or preservation of Antarctica. The Tinker Foundation’s goal is to establish a prestigious award that recognizes excellence in Antarctic research by honouring someone in the early to mid-stages of his or her career. The Prize is inspired by Martha T. Muse’s passion for Antarctica and is a legacy of the International Polar Year 2007-2008.

Rob DeConto’s background spans geology, oceanography, atmospheric science and glaciology. He studied at the University of Colorado in the late 1980s and early 1990s before undertaking one of the first PhD studies on Earth System modelling to help understand warm climates in the geologic past. This was followed by post doctoral positions at the National Oceanic and Atmospheric Administration (NOAA) and the National Center for Atmospheric Research (NCAR), before joining the faculty of the University of Massachusetts.

In the last fifteen years, Rob’s work has focused on the climate of Antarctica, the dynamics of ice sheets, and the sensitivity of the Antarctic Ice Sheets (and sea level) to conditions warmer than today. The need for model/field data integration was born in part from an international workshop he organized in 2002 that laid the ground work for what would eventually become the SCAR Antarctic Climate Evolution (ACE) and SCAR Past Antarctic Ice Sheet Dynamics (PAIS) scientific research programmes. His leadership has been instrumental in bringing ice sheet modelling and data acquisition communities together, enabling a data-constrained modelling approach to understanding the past and future behaviour of Antarctica’s ice sheets. This initially led to the now classic 2003 Nature paper with modeller David Pollard, Pennsylvania State University, which presented a new coupled ice sheet-climate model showing how atmospheric CO2 levels declining below ~3 times pre-industrial levels could initiate ice sheet growth on Antarctica.

Rob’s pioneering data-model integration strategy was also key to the success of the ANDRILL programme, central to SCAR ACE and PAIS, and eventually adapted by the International Ocean Drilling Program’s (IODP) science plan with an emphasis on the role of the South Polar Region in climate evolution and sea level history.

The Award was presented to Dr. DeConto by Peter Barrett, Chair of the Tinker-Muse Prize Selection Committee and Renate Rennie, President of the Tinker Foundation at the 34th SCAR Biennial Meetings including the 2016 Open Science Conference at the Kuala Lumpur Convention Centre. The event which begun on 20th August will end on 30 August 2016 and being attended by more than 900 participants from 40 countries.

Malaysia is the first Asian country to host the SCAR Biennial Meetings and Open Science Conference. These meetings draw world-wide attention to Antarctic issues and provide an opportunity for scientists from various disciplines and countries to present their work, establish networking and become more involved in SCAR science activities.

SCAR, the Scientific Committee on Antarctic Research, is a committee of ICSU, the International Council for Science, and it is charged with the initiation, promotion and coordination of scientific research in Antarctica. (www.scar.org).

SCAR meets every two years to conduct its administrative business at the SCAR Delegates Meeting. The Biennial SCAR Meeting includes three sets of meetings that occur consecutively in even numbered years. 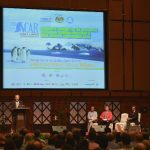 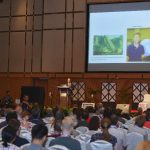 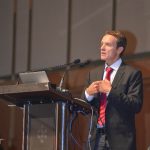 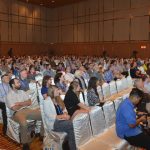