Malaysia Is Finalising The Antarctic Bill

KUALA LUMPUR, AUGUST 28 – Malaysia is in its final stage of drafting the Antarctic Bill, expected to be tabled in the Parliament by 2017. In this regard, Malaysia hopes to be a consultative member of the Antarctic Treaty Consultative Meeting (ATCM) in the near future.

“As a signatory to the Antarctic Treaty System (ATS) and the Madrid Protocol as well a full member of SCAR, Malaysia will continue to play an active role in SCAR activities including initiating, developing and coordinating high quality international scientific researches in the Antarctic region.” said YBhg. Dato’ Dr. Mohd Azhar bin Hj Yahaya Secretary General of Ministry of Science, Technology and Innovation (MOSTI).

This was announced by Mohd Azhar at the Closing Ceremony of 2016 SCAR Open Science Conference (OSC) at Kuala Lumpur Convention Centre. The SCAR OSC which begun on 22nd August ended today with the attendance of more than 900 participants from 40 countries.

The SCAR 2016 OSC and its related meetings have generated a wealth of data, information and significant findings from the research efforts. More than 600 research papers related to the theme of ‘Antarctica in the Global Earth System: From the Poles to the Tropics’ have been shared throughout the Open Science.

“This convergence of the world’s best Polar scientists researching in Antarctic through the Open Science Conference has allowed everyone present to exchange knowledge on advances in Antarctica’s researches, ideas and experiences besides networking for future collaborations. Hopefully from this conference, new areas or research gaps identified will be addressed by the international community guided by the recent SCAR Horizon Scan.”

SCAR, the Scientific Committee on Antarctic Research, is a committee of ICSU, the International Council for Science and it is charged with the initiation, promotion and coordination of scientific research in Antarctica. (www.scar.org).

SCAR meets every two years to conduct its administrative business at the SCAR Delegates Meeting. The Biennial SCAR Meeting includes three sets of meetings that occur consecutively in even numbered years.

Malaysia is the first Asian country to host the SCAR Biennial Meetings and Open Science Conference. These meetings draw world-wide attention to Antarctic issues and provide an opportunity for scientists from various disciplines and countries to present their work, establish networking and become more involved in SCAR science activities. Malaysia becomes full member of SCAR since 2008. 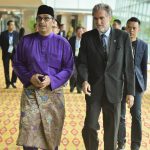 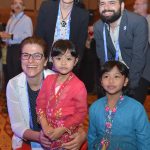 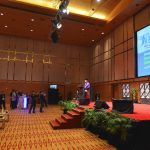 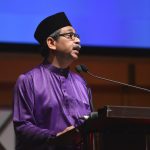 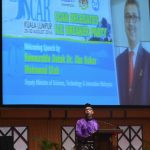 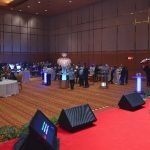