The top scientists were also thrilled when they received their medals and certificates from the guest of honour; Science, Technology and Innovation Minister Datuk Seri Panglima Madius Tangau.

“I applaud ASM’s initiative in recognising the talents through the TRSM initiative. This is in line with the government’s second strategic thrust under the Third National Science, Technology and Innovation Policy (NSTIP) 2013 – 2020 that addresses the importance of developing, harnessing and intensifying talents,” said Madius.

“I really hope our top researchers will continue to carry out their great works of world standards, which could help us to gain international recognition including the Nobel Prize,” he added.

The annual TRSM event has been held since 2012 to identify and recognise the effort sundertaken by Malaysian research scientists, who have contributed significantly through dissemination of knowledge, wealth creation and productive pursuit of scientific excellence for the benefit of humankind.

Through TRSM, the recipients can also serve as role models of excellence in their respective fields, mentors to the next generation and leaders with pioneering mindset who the nation’s prime movers of the Science, Technology and Innovation agenda.

With the inception of the 14 recipients this year, ASM has honoured 110 top researchers with the prestigious award to date. 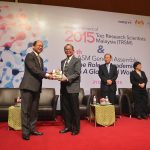 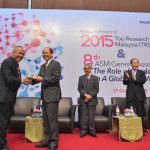 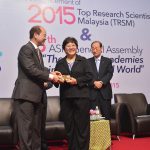 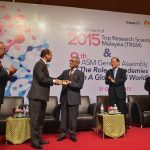 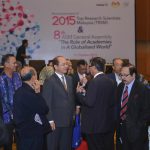