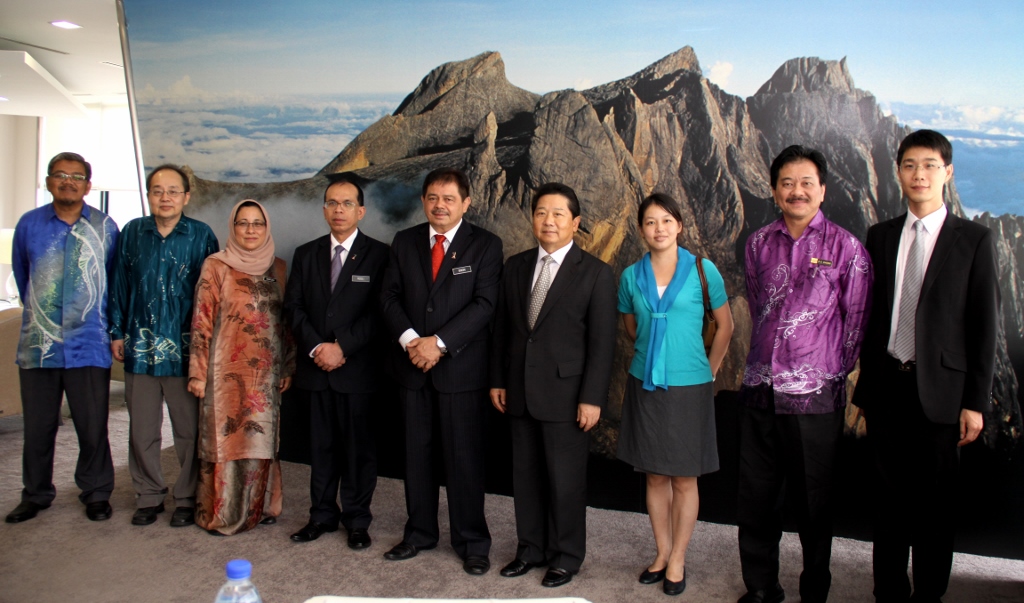 PUTRAJAYA, 5 September 2013 – Minister of Science, Technology and Innovation, YB Datuk Dr. Ewon Ebin received a courtesy call from HE Datuk Chai Xi, ambassador of China to Malaysia at his office today. The ambassador was accompanied by Ms. Wang Hongliu, Chief of Political Section and Mr. Chen Jianzhong, Third Secretary of the embassy.

The meeting was centered on discussion on preparations for the state visit of the President of China, HE Xi Jinping, to Malaysia from 3rd to 6th October 2013. During the half-hour discussion, the Chinese ambassador touched on several bilateral areas of cooperation in science and technology specifically on the renewals of both the Memorandum of Understanding (MOU) on Science and Technology Cooperation and the Agreement on Space Cooperation and Peaceful Uses of Outer Space as well as exploring possible collaboration between Astronautics Technology Sdn. Bhd. (ATSB) and China Academy of Space Technology (CAST).

YB Datuk Dr. Ewon expressed his satisfaction at the progress of bilateral cooperation on science and technology thus far under the MOU and he agreed with the ambassador that the cooperation collaboration could be further enhanced through the involvement of R&D&C institutions and agencies both bilaterally and regionally through ASEAN.