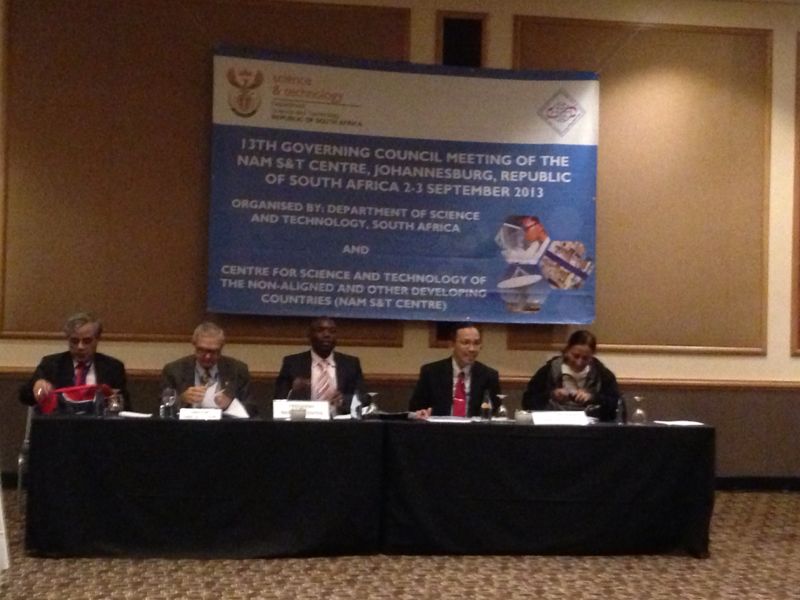 JOHANNESBURG, 2 September 2013 – Deputy Secretary General (Policy) of the Ministry of Science, Technology and Innovation, YBhg. Dato’ Dr. Mohd Azhar Hj. Yahaya was unanimously elected as the Vice President of the 13th Governing Council (GC) for the Centre for Science & Technology of the Non-Aligned and Other Developing Countries (NAM S&T Centre) during its meeting here today.

Dato’ Dr. Mohd Azhar thanked the members for its unanimous decision and pledged Malaysia’s continued support to the Centre in the coming years. He further highlighted on Malaysia’s contributions to the Centre which amounted to US$180,000.00 since becoming a member in the year 1994. A total of 110 Malaysians have benefitted from workshops and training courses organised by the NAM S&T Centre.

NAM S&T Centre was established as an inter-governmental organisation in pursuance of the deliberation of the 5th, 6th and 7th Conferences of the Heads of State or Government of the NAM Countries, respectively held in Colombo in 1976, Havana in 1979 and New Delhi in 1983. Forty seven (47) developing countries have so far joined the Centre as its member. One of the main objectives and functions of the Centre is to promote the fullest possible and mutually beneficial collaboration among scientists and technologists and scientific organizations from non-aligned and other developing countries.