“MOSTI: The Authority For Development Of Malaysian Standards (MS) On Consumer Safety ”

Kuala Lumpur, May 16, 2017 – ISO Consumer Policy Committee (ISO COPOLCO) Meeting was organised for the second time in Kuala Lumpur by the Department of Standards Malaysia, under the Ministry of Science, Technology and Innovation (MOSTI). The meeting was held on 15-18 May in Pullman Hotel Kuala Lumpur City Centre and managed by the Malaysian Association of Standards Users (Standards Users).

“Malaysia has been listed among countries in the world with the highest fatal accident rates last year. There were 2.55 deaths recorded for every 10,000 vehicles registered in the country during the period. It is the nation’s best interest to reduce fatalities and save innocent lives. Hence, Malaysia is aiming to reduce road fatalities in the country by 50% by 2020. There is a sense of urgency in addressing this at the global, regional and national level. Several programmes and initiatives have been created by stakeholders across the sectors, to promote safer vehicles and roads, protect road users and reduce road accidents and fatalities. One good example is the inclusion of global goal to reduce number of global deaths and injuries from road traffic accidents by half in 2020, which is highlighted in the United Nations’ Sustainable Development Goals,” said YB Datuk Seri Panglima Wilfred Madius Tangau.

“Malaysia through Department of Standards Malaysia has constantly work to improve consumer safety through standardisation activities especially in standards development. The Industrial Standard Committee on Transport, and its Technical Committees have developed 252 Malaysian Standards (MS). Department of Standards Malaysia develops MS to protect the health and safety of consumers, amongst others. Some of the products that already have their related MS are helmet, new pneumatic tyres, retreaded pneumatic tyres, airbag, seat belt, replacement brake, lighting and signalling devices as well as electric motorcycle. Basically, most MS related to these products are being referred to in regulations and made mandatory by the relevant regulatory bodies, such as the Ministry of Domestic Trade, Co-operative and Consumerism and the Road Transport Department. From the total of 252 MS, 17 standards have been made mandatory by both the regulators. Products complying to mandatory standards definitely can help the public especially consumers to distinguish quality and safe products through certification marks and labelling that are recognised by the respective regulators,’’ said Madius.

As most standards are voluntary in the sense that they are offered for adoption by people or industry without being mandated in law, some standards have been made mandatory by regulators as legal requirements in particular domains. In sectors where safety and health are paramount, standards are increasingly being used to support technical regulations, and are more and more addressing the safety and health of the public in fast-moving and converging technologies. As of 31 March 2017, 510 Malaysian Standards are being made mandatory by various regulatory bodies in Malaysia. In this regard, MOSTI through the Department of Standards Malaysia has a very critical role to play. Standards that have been approved by the Minister should be referred by other regulators, with the view to maintain the credibility of the regulations as all Malaysian Standards are governed by the Standards of Malaysia Act 1996 (Act 549).

“In addition to this, my ministry, the Ministry of Science, Technology and Innovation (MOSTI) has embarked on an initiative to provide opportunities to technopreneurs to commercialise their R&D products while addressing key issues of commercialisation. At this juncture, standardisation complements the commercialisation initiatives and become significant tool and mechanism that fits the agenda. Hence, at the Ministry, we see the value of standardisation activities and we acknowledge the impact it brings for economic and societal well-being. With the existence of standards, products can be tested and verified/certified safe based on these standards, giving the feel of confidence and comfort to our consumers,” shared Madius. 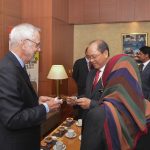 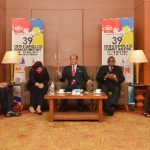 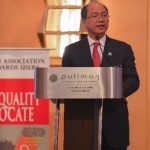 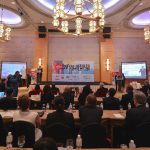 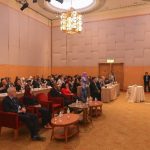 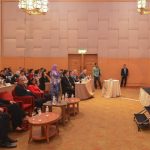 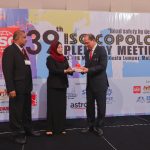 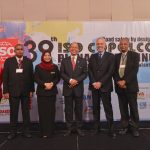 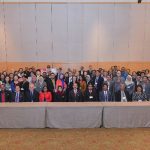