Nuclear Peaceful Use and Safety Cooperation with U.S. 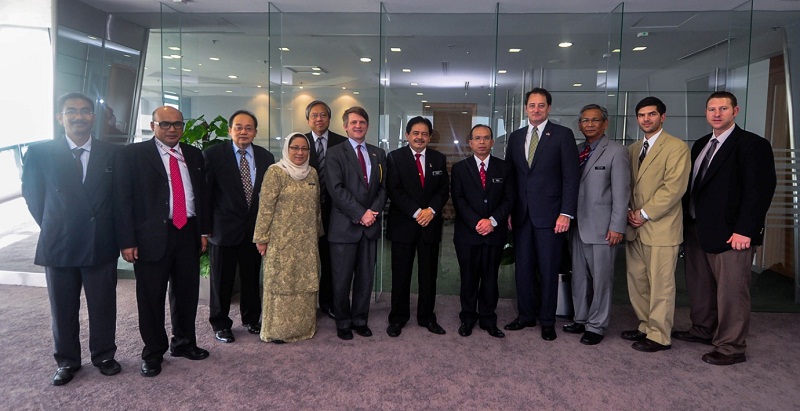 During their 40-minute discussion, both the Minister and Mr Countryman agreed that Malaysia and U.S. have established a very close interagency relationship in civil nuclear cooperation especially on nuclear safety and regulatory. Over the past years, Malaysia has participated actively in US Peaceful Uses Initiatives (PUI) through the International Atomic Energy Agency (IAEA) projects to support of peaceful uses of nuclear energy.

Mr. Countryman was also informed that Malaysia is at the final stages of revising the Atomic Energy Licensing Act which would pave the way for Malaysia to accede to the Convention on Physical Protection of Nuclear Materials (CPPNM) and its 2005 Protocol.

On the question of when Malaysia intends to start its nuclear power programme, the Minister stressed that Malaysia places high importance on public acceptance whilst weighing the option of nuclear energy as a future source of energy for the country.

In agreement, Mr. Countryman invited Malaysian officials to participate in more programmes conducted by his office particularly on human capital development in civil nuclear technology. Mr. Countryman also indicated that U.S. is willing to start negotiations for a 123 agreement on nuclear material, equipment, or components with Malaysia later this year.

Mr. Countryman was accompanied by Mr. Lee McClenny, Deputy Chief of Mission of the U.S. Embassy in Kuala Lumpur and Mr. David Turnbull from the U.S. Bureau of East Asia & Pacific (EAP/MTS).  Mr. Countryman is in Malaysia as part of his working visit to Asia from 3 to 11 June 2013.