Deepening S&T Cooperation with the Republic of South Africa 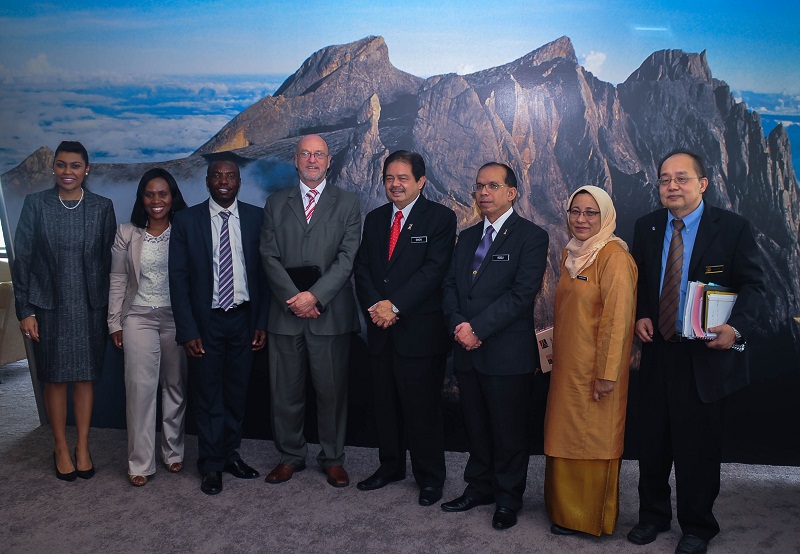 PUTRAJAYA, 28 August 2013 – Malaysia and the Republic of South Africa today have agreed to strengthen cooperation on Science and Technology through a Memorandum of Understanding (MoU) which is expected to be signed early next year in South Africa. This was agreed upon during a bilateral meeting between YB Datuk Dr. Ewon Ebin, Minister of Science, Technology and Innovation and his South African counterpart, the Honourable Derek Hanekom, at the Ministry this afternoon.

During the bilateral meeting, both sides finalised the draft MoU and had also identified several areas of cooperation to be implemented under a Plan of Action. The areas include meteorology, oceanography, ICT, biotechnology, space sciences, energy security, climate change and human services.

Both countries also agreed to encourage and promote cooperation in the following areas:

The MoU will provide for knowledge sharing and expertise as well as facilitate scientific and technological capabilities for the purpose of advancing the economies of both countries.  Both countries will also support the participation of their public and private sectors including universities, institutions, societies and organisations in the joint collaboration projects.

Minister Hanekom is in Malaysia accompanying the South African President in his state visit to Malaysia from 25th to 27th August 2013. His programme also includes visits to MIMOS Berhad and MTDC.