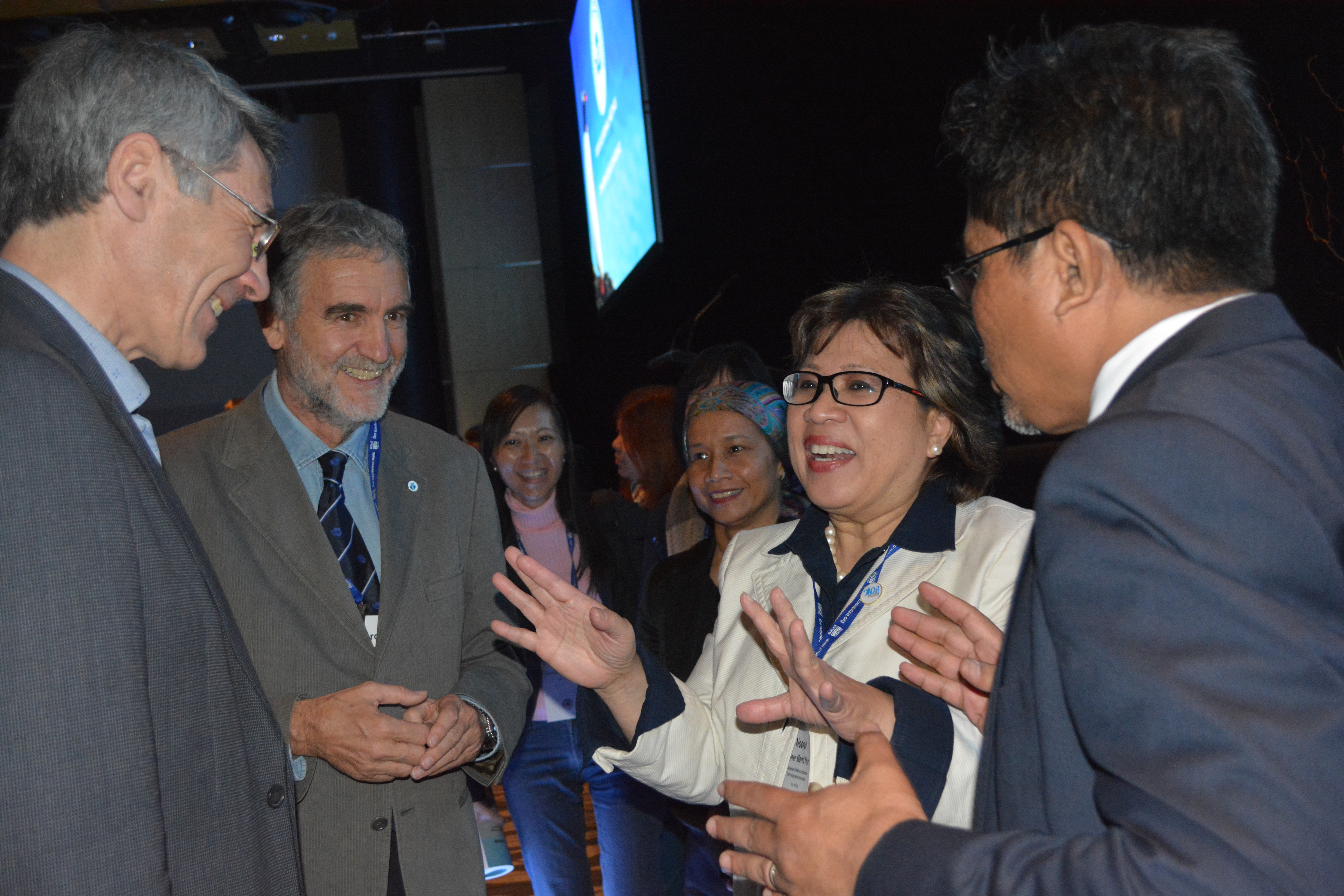 AUCKLAND, 28 AUGUST 2014 – Malaysia will be the first Asian country to host the Scientific Committee on Antarctic Research (SCAR) Biennial Meetings including the Open Science Conference in 2016.

This was announced by the Secretary General of the Ministry of Science, Technology and Innovation (MOSTI), Dato’ Sri Dr. Noorul Ainur Mohd. Nur at the 33rd SCAR conference which is being held from 23 August to 3 September 2014 in Auckland, New Zealand.

Malaysia won the bid to be the host of the meetings during the SCAR Delegates Meeting in Portland, USA in 2012. An international gathering of more than 1000 international participants comprising of SCAR delegates, scientists, researchers and policy makers from more than 30 countries are expected to attend this biennial event.  The theme chosen for the conference is “Antarctica in the Global Earth System: From the Poles to the Tropics.”

The SCAR is a committee under the International Council for Science (ICSU), and it is charged with the initiation, promotion and coordination of scientific research in Antarctica. The committee also provides independent scientific advice to the Antarctic Treaty System (ATS) and other bodies. SCAR, which was established in 1958, currently has a membership of 31 countries, 6 associate members and 9 union members. Malaysia was accepted as a SCAR member in 2008

Dato’ Sri Dr. Noorul Ainur Mohd. Nur who is also the chairperson of the Steering Committee for the SCAR 2016 event, delivered her remarks at the closing session of the 2014 Meetings and Conference today, where she extended an invitation to SCAR delegates, scientists and policy makers involved in Antarctica research to Kuala Lumpur in 2016.

She said, “Being the first Asian country to be given the honour and privilege of hosting this prestigious scientific event, it provides the opportunity for Malaysian scientists, researchers and policy makers to network with world leaders in Antarctic science and meet with managers of national Antarctic programmes from traditional polar nations towards strengthening scientific bilateral relationships with these countries. Dato’ Sri emphasized that MOSTI through the Sultan Mizan Antarctic Research Foundation (YPASM)  will spearhead the preparation for the upcoming meeting.

“The recognition given by SCAR to Malaysia for the hosting of the event indicates the acknowledgement of the international scientific community in Malaysia’s scientific achievements and commitment in Antarctica.” she added.

The Malaysian delegation also took the opportunity of their presence at this meeting to promote Kuala Lumpur as the venue of the next conference.

Malaysia has been involved in Antarctica research since 1999. The study of Antarctica, the Southern ocean and their roles in the Earth system, has never been more important than it is today because of the rapid climatic changes that is being experienced globally.

The vast, ice-covered Antarctic continent is a major component of the Earth’s global climate system. The region is experiencing changes that are global in scope, making it a rich laboratory for transformational research, important in its own right and impossible to achieve elsewhere on the planet.