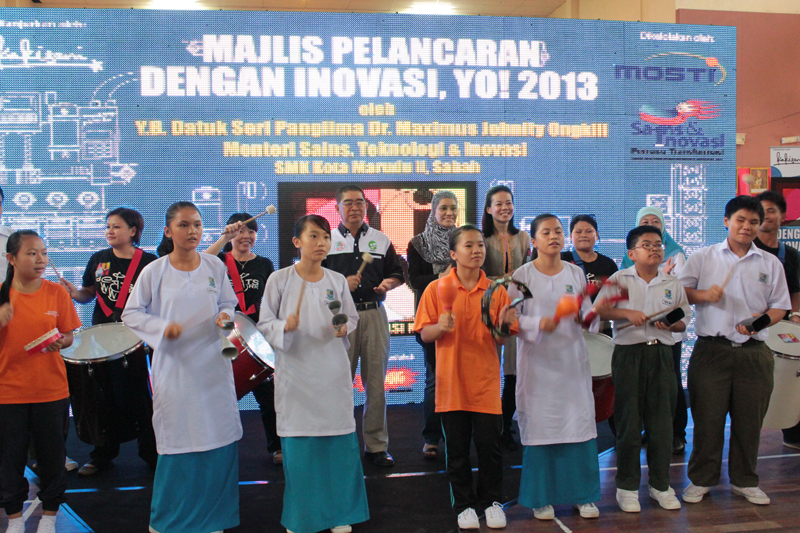 “Dengan Inovasi: Yo!” (DIY) was launched on the 25th of February 2013 by Yang Berhormat Datuk Seri Panglima Dr. Maximus Johnity Ongkili, Minister of Science, Technology and Innovation along with 400 students at Sekolah Menengah Kebangsaan Kota Marudu 2 in Sabah. According to the minister, “The Government is committed in continuing the innovation agenda to every level in society to make the country a high income developed nation. The DIY programme is continued to year 2013 because it has proven itself in being able to inculcate the interest in applying science and innovation in daily life amongst secondary school students.” The executive producer of DIY, Ms. Low Ngai Yuen of Kakiseni said; “The changes occurring in different daily environments need constant enhancements. The DIY workshops introduce creative techniques in approaching problems and sourcing for effective solutions. Emphasis is given to current innovations for the purpose of solving daily problems so that students will work towards immediately translating the solutions into their everyday life.”   DIY workshops will start, beginning from 25th February 2013 in stages in 13 states. A total of 65 schools have been identified for the purpose. The television reality series DIY will be aired in late August on TV3 to spread the innovation movement at schools.